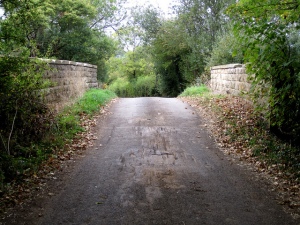 Recently I read a comic about mental load, which (to ridiculously oversimplify things) is the concept that women hold a disproportionate amount of organization in their minds. We keep in our minds everything that must be done in our homes and for our families. I read the comic about a week too late to avoid a massive argument with my (completely amazing) husband about this very issue. But it was eye opening for both of us to read this comic and realize that there was a name for the thing we’d been fighting about and that the adjustment we’re making in our marriage is one that is shared by thousands, if not millions of people around the world right now. I was corresponding with my friend Charissa about something completely unrelated (and I hadn’t talked with her about the comic), and she said this:

I have found in my few years of deconstruction [of my belief system] that some of the hardest things for men to do as they come out of complementarianism – or maybe any man for that matter – are two things: learning to share the mental load a woman carries; and encouraging/supporting her spiritual gifts – WHATEVER those are, even if they don’t include children or other women.

It’s like this mentality that women are free to have jobs, political views, voices, strengths – but as soon as it affects them more personally we hit a wall.

As soon as it means the man has to work harder to engage, make conscious efforts DAILY to be in the game at home in all aspects, or share the “glory” of ministry or “headship” in the church,

We get hit with huge resistance. Whether we get the silent treatment, the supportive “but”- whether they demean our character, attack our capability, credibility, our IQ, gas-light us, etc, these 2 issues – I just see them everywhere I look when talking to women right now.

So on the outside it looks like women are getting somewhere, because you know it’s okay to have a voice and political stance and a job – and so the outside looks great. It’s like a beautifully gift wrapped present, it’s got all the trimmings of equality; but on the inside it doesn’t look so great. On the inside it could still be a nasty pile of moldy smelly questionable fruits.

I was stunned. Charissa described the problem amazingly well. When we have husbands who were raised to expect to go to work and carry on their hobbies and “help out” around the house when they have time… and we have wives who were raised to expect to take care of literally everything about the house, whether we have a job outside the home or not… we’re going to run into problems when we move into a more equalized relationship.

Once we profess ourselves to be equal in all things, and we start using the language of equality, but the reality isn’t really matching our intentions and we’re not sure why… we get frustration. It’s easy for husbands to say all the right things, but then when the rubber meets the road and life as an equal partner starts to inconvenience them… it’s super easy for them to pull back. And since they don’t want to change their words, they can use the tactics Charissa listed to make it seem like the wife is somehow inadequate. Even if they’re GOOD men and GREAT husbands.

My husband told me a few months ago that he can’t remember ever seeing his father change his schedule to suit his mother. He told me that he feels a bit of grief that he didn’t get the wife he was expecting his whole life. He said that he truly expected to have a life where he could do his work and hobbies and his wife would take care of everything else. And the gap between the expectations he had for 20 years, and even the beginning years of our marriage (barring illness, which I had long stretches of), and his current reality of having a wife who is a full time seminary student causes him to feel some disappointment. He says, “I mean everyone’s life would be easier with a servant.”

I thought it was very brave of my husband to admit that the kind of wife he was expecting was essentially a servant. Stronger than his disappointment is his sadness that he ever thought that way. And his love, which fills him with the desire to raise me up so that I can answer ALL the callings God has placed in my life and not just the one (wonderful) calling of motherhood. (Some people have parenthood as the main calling of their lives and that is WONDERFUL. I mean no disrespect to anyone. I mean only to acknowledge that some people have multiple callings.)

I am happy to say that my husband and I are learning to shift the burden of the mental load so that it is more equal. I am learning to let go of some of the control that holding all the organization affords, and he is learning to look around at our family home and life and truly SEE and REMEMBER what needs to happen, and make sure that it does, whether he does it himself or asks me to. This is not an easy thing. But it helps to have vocabulary to use, commitment to grow, and love and grace to carry us through.

May our Lord Jesus Christ transform our lives by the renewal of our hearts and minds. May our actions conform to the love He pours into our hearts. May we learn to love each other in all the fullness of hope and faith.

If you want to read more of Charissa’s insights, you’ll be happy to know that she is starting a blog, Withstanding the Siege, to discuss issues of faith, depression, healing, and love.

I am a Quaker wife, mother, pastor, and writer. I work as the country branch director of a fabulous NGO in Belize City and I recently graduated with an MDiv from Earlham School of Religion. I love my family, and I love my community. View more posts